Jazz Cafe - Does the Blues - SOLD OUT

Friday February 27th will we think go down as a landmark event in the history of Lostwithiel Jazz Café. 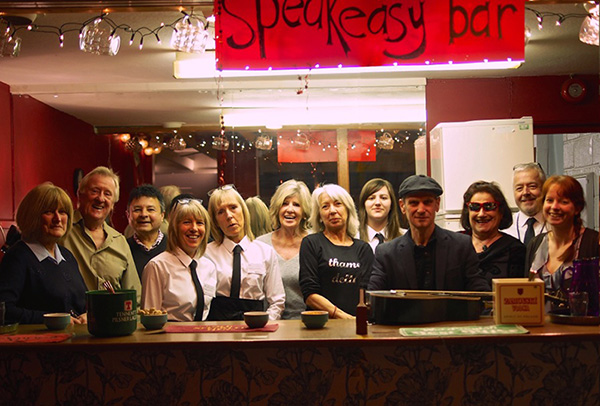 To a packed and sold out Rafters Bar full of anticipation Jeff THE HORSE Horsey worked the magic of Delta Blues to a thirsty audience. His slide guitar, harmonica and vocals sang out from his one room country little shack on Bodmin Moor with home spun songs and well-chosen Blues Classics.

Representing Delta and Mississippi Blues to a thrilled and well briefed audience. Two sets are better than one and the audience would not let him go at the end but they had to because more was to come in the name of Nuclear Blues representing not only St Ives but also Chicago and all roads north and East to New York, Manchester, Liverpool, Ealing Jazz and Blues Club, West London and then west again to Lostwithiel.

Nuclear Blues provided just the right touch to ignite an already enthusiastic audience to the other Blues genre of City Blues being true and responsive to modern times. John Lee Hooker featured as did Buddy Guy and BB King. They swung with beautiful guitar solos that had bight and subtlety, a bass and drum duo that tempted rather than throbbed and a singer/harp player, his long grey locks swinging in tempo and in tune, this was not a vocalist but a true singer of songs.

Both Jeff Horsey and Nuclear Blues were ecstatic about our responsive Lostwithiel audience praising them for their knowledge as well as abundant enthusiasm. We’ve know that for a long time.

Thanks a million guys we will have you back again, no doubt. Two cases of Haye Farm Cider kindly donated for our star Raffle by Bill Cole of Haye Farm Cider was drawn by Fee Slade Chair of LostFest 2015 and Jim Underwood vice chair of the Community Association and Silver Band Leader both cases of Cider were won by local cider lovers, Thanks Bill, we will be auctioning a case of your Classic Cider at LostFest 2015 on May 17th.

A new addition this time was a superb selection of new and classic Blues, Jazz and Rock CDs by local music lover Bob Dorsett of Lostrecords. Bob is new to Jazz Café and will be a resident feature of Jazz Café into the future and we hope music lovers will support him.

Soloist on slide guitar, vocals and harmonica is a master of the Blues having entertained audiences across the South West as well as further afield to Europe and beyond to North America. One highlight of his career was supporting no less than Robert Plant.

‘Tough BLUES with a Touch of Melody. Keeping the Good Stuff Live and Kicking’.

All photos courtesy and copyright of Keith Seume. 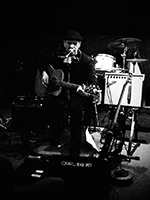 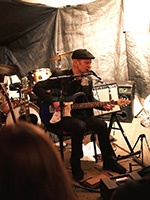 A unique fusion of Jazz and Blues and have toured extensively throughout the UK and across Europe.

All photos courtesy and copyright of Keith Seume. 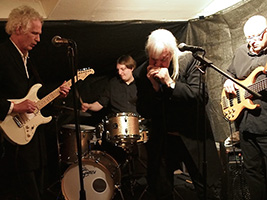 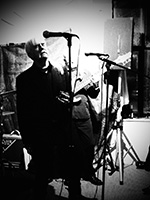 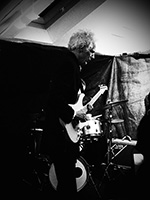 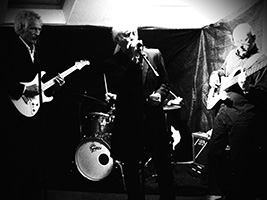