The Mod Side of Jazz - SOLD OUT

"SOLD OUT", we always sell out, it’s become a bit of a cliché.

The Mod Side of Jazz is no exception selling out about a fortnight before the 19th.

All lucky ticket holders were greeted with a complimentary glass of red or white wine on arrival.

The Church Rooms have never looked so good as this since this time last year where the neon lights were turned off and 8 standard lamps with big blousy shades were plugged in to give a very ambient atmosphere along with vintage curtaining strung up at the rear of the stage. Even a 1960 vintage Lambretta Scooter was on display.

What a night……starting with the theme tune to Ready Steady Go, all those years ago, 54321 by Manfred Mann on a 45 and played on a vintage mid-century Marconi Radio Gram.

This was followed by a documentary titled, Killer B3, edited by a American documentary maker especially for Lost in film and Jazz Café about the history of the Hammond Organ.

An excerpt from The Sammy Davis Junior T.V. show followed featuring a drumming storm by Buddy Rich and Gene Krupa. This was immediately followed without a blip in time by our own drumming storm, this time featuring Barry Diddle and the Flams playing in harmony for close on 10 minutes.

After thunderous applause and standing ovation and after a short break we were then treated to a short film with the soundtrack of the classic Booker T and the MGs Green Onions with footage of 17 nubile and well-known film stars dancing to this historic tune.

The main attraction of the night and headlining band, The Martin Dale Quartet took to the stage and played two stunning sets with lots of audience participation in the form of wild dance. They featured Hammond Organ, drums, stand up double base and Saxophone. We learnt that Martin on Saxophone has played both in Europe and wider afield including America and indeed Brazil where he played and toured with the Jack Bruce Blues Band and has also played with among others Tom Jones, Petula Clark and Neil Sedaka. Martin was also the resident saxophone player on the QE2 for a while. Born in Cornwall he now resides in Plymouth.

Catering was provided by 3 London Marathon runners, Jane, Leanne and Nicky who raised over £400 and will be donating all the proceeds to Cornwall Hospice Care.

Four Volunteer waitresses waited on tables with wine and tasty morsels and added to the overall atmosphere of the event.

More, more shouted the audience from their feet but we will have to wait for the next gig at The Duchy of Cornwall Nursery Cafe on both January 20th and 21st featuring Swingology and Some Like it Hot. Tickets will go on sale shortly at the Duchy shop only, but more information will be out on our website and through our mailing list. 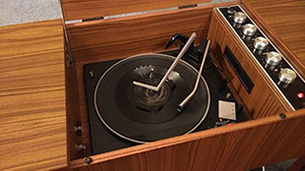 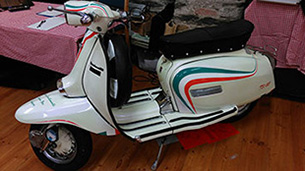 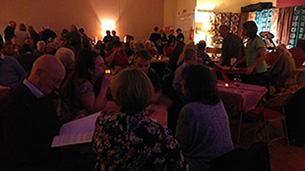 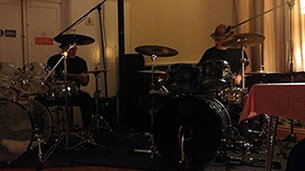 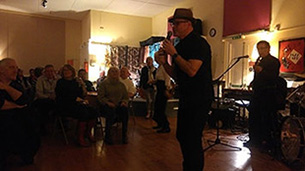 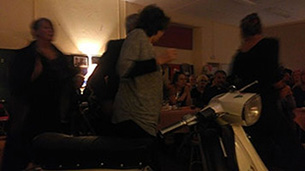 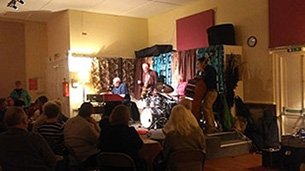 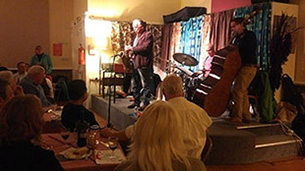 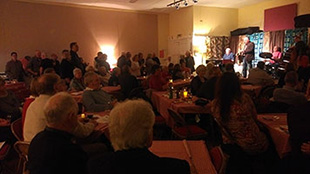 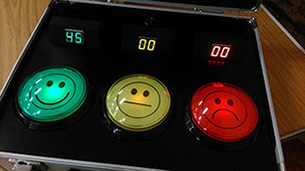 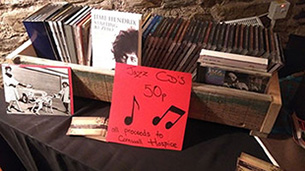 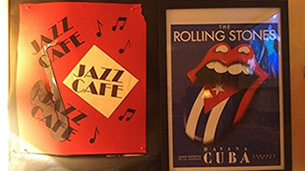 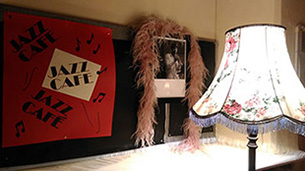