Jazz Café at Lostfest 2015 for whoever attended and you attended in your hundreds, was a souring success even more so than our outstanding success last year.

We could not have asked for better weather, better beer, better volunteers, better musicians or better food. 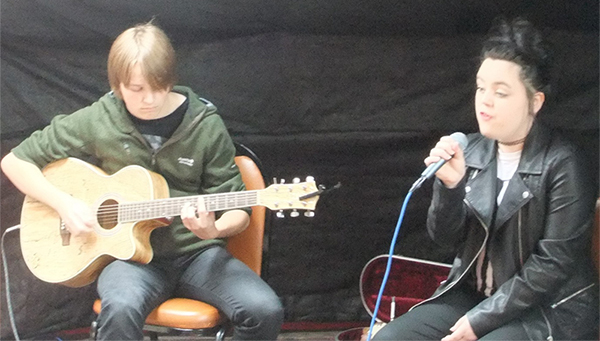 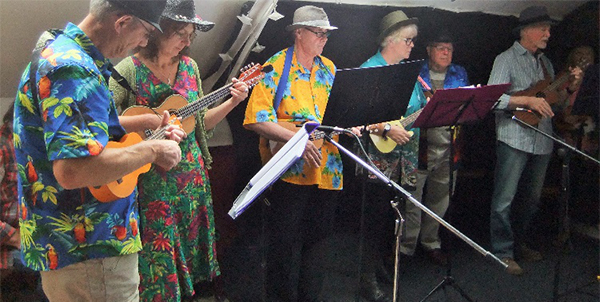 Next on were our very own Lost-E-Ukes Band, some 9 nine strong and ambassadors of Lostwithiel U3A. Songs old and not so old entertained to the point of a rich encore. Under the tutorship of Pete Ellis (on ukulele, vocals, mini banjo and kazoo) of Acoustic Sessions fame here at Rafters Bar every third Wednesday evening. They entertained in that familiar way that only song and strings can achieve. Thanks guys I loved the Hawaiian South Sea Island shirts. We were away in Polynesia for a while. 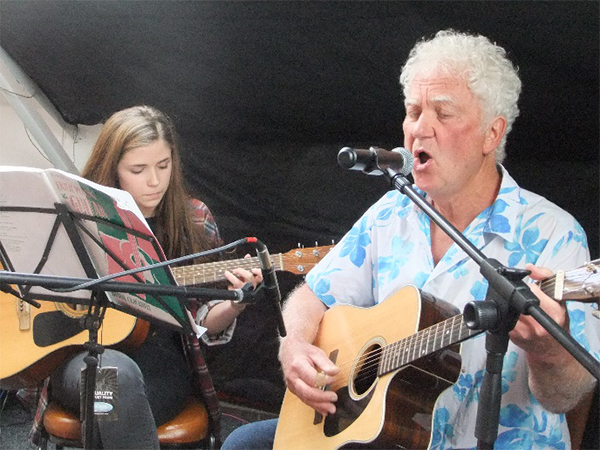 Susie Charles and Tony Taylor saw a unique paring of Student and tutor on acoustic guitars and what was so important here was that Jazz Café are very keen to provide that essential live stage experience for youngsters to perform, and on the this occasion for the first time to a discerning audience with pieces for Haydn, Mozart and someone else I didn’t catch the name. Duetting at its best, playing off each other at will, it was a joy to watch and hear. Again remember the name of Susie Charles for future reference. 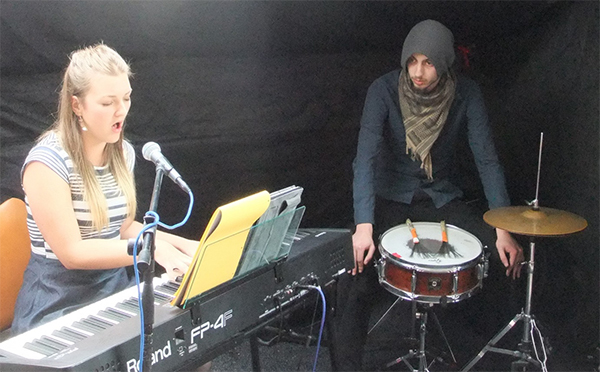 For the second year running Rachel Newton and friend entertained us with some scintillating renditions of standards such as Autumn Leaves and Moondance as an encore with Rachel on keyboards, guitar and vocals and friend (I didn’t catch his name! but what a drummer) on just a snare and high hat cymbal. Please someone tell me his name or is he the phantom drummer who just turns up plays and disappears , tell me please. It cannot be long before we see Rachel on Later with Jools Holland on BBC2,make a record or two Rachel and you will be away and flying. 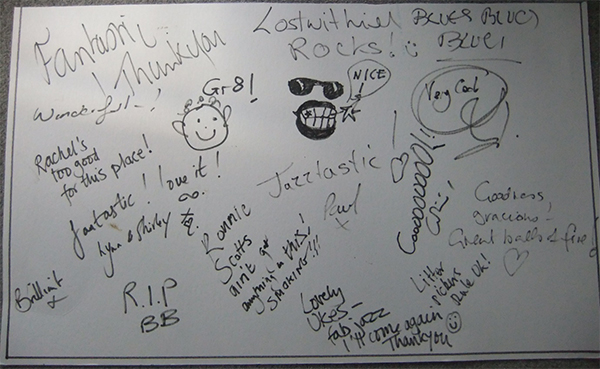 The Graffiti board with unsolicited remarks and comments from the general public.

Norman Trebilcock MBE, Olympic flame carrier, ( through Bugle ) and recently returned from his 20th completion of the London Marathon made a short speech as an introduction explaining what and where funds were spent by FLEET the rapid response charity. Our grand auction with Her Worship Clr Mrs Pam Jarrett Mayor of Lostwithiel acting as our celebrity auctioneer raised a staggering £300. Bucket rattling secured a further £159, generously donated by the Jazz Café audience, so our total was in the region of £470.Credit must go to Maggie Robshaw for securing such interesting and donated lots to bid for. All proceeds go to FLEET the rapid response emergency service equipment provider charity. 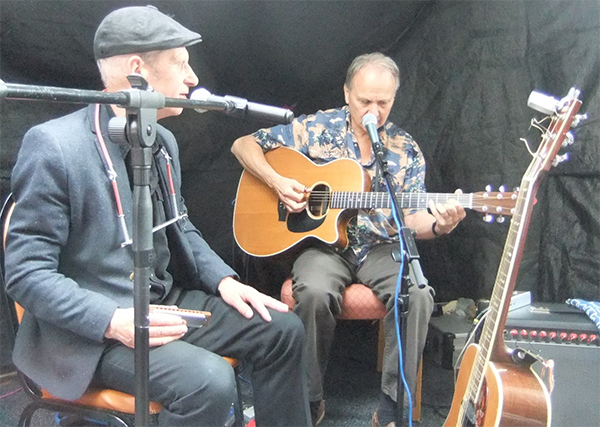 Then followed a new era of Lostwithiel folk law and history in the name of Jeff The Horse Horsey and Gareth Hedges, Jeff on slide guitar, acoustic guitar, harmonica and vocals and Gareth on guitar and vocals,two Blues Men through and through. For nigh on an hour they stormed the audience in Rafters Bar with renditions of many blues classics but of course left plenty of time to fully appreciate BB King who’s sad parting had only occurred a couple of days before, in fact Jazz Café management made it a point that only songs by BB King would be played over the PA between all the afternoons performers. This met with full audience approval. What a set. 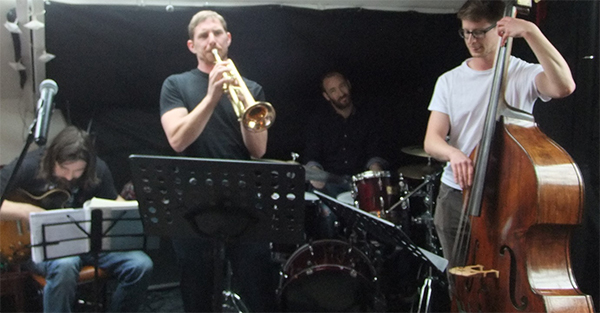 Before Jeff and Gareth came back for their final set we were entranced by, once again Goonzion Quartet who many will remember we focussed on back in the bleak mid-winter. Goonzion (it’s a downs near St Neots!) play beautiful music mostly from the mid-50, s with titles scored by Bill Evans, Miles Davis and the like. Comprising drums, a wonderfully muted electric guitar, trumpet and stand up double base, there’s is a rare and masterful sound, hard to repeat anywhere else in Cornwall I would hazard. We are proud once again to have seen their very first performance here at Jazz Café a while ago and were especially pleased to invite them back again. Goonzion are always welcome here in Lostwithiel. 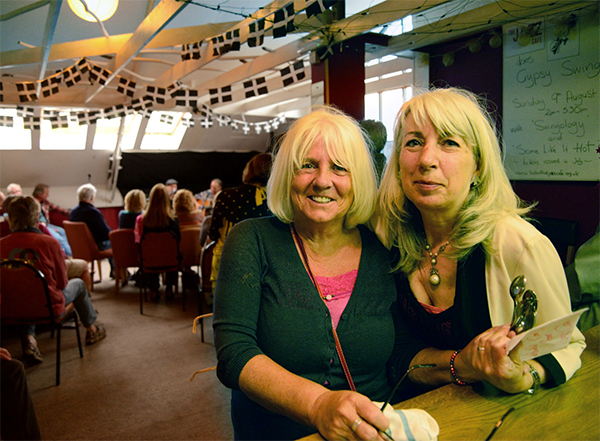 A big big thank you to all our superb volunteer crew of Gerry, Jane, Anne, Lesley, Joan, Maggie, Carol, Rowan and Judy. Here are 2 of them photo courtesy of John Peck

And a big thank you to Duchy Timber, The Carpet Gallery, Transition Lostwithiel and Haye Farm Cider for all their sponsorship and the help and support of Lostwithiel Community Centre management committee, staff and volunteers. 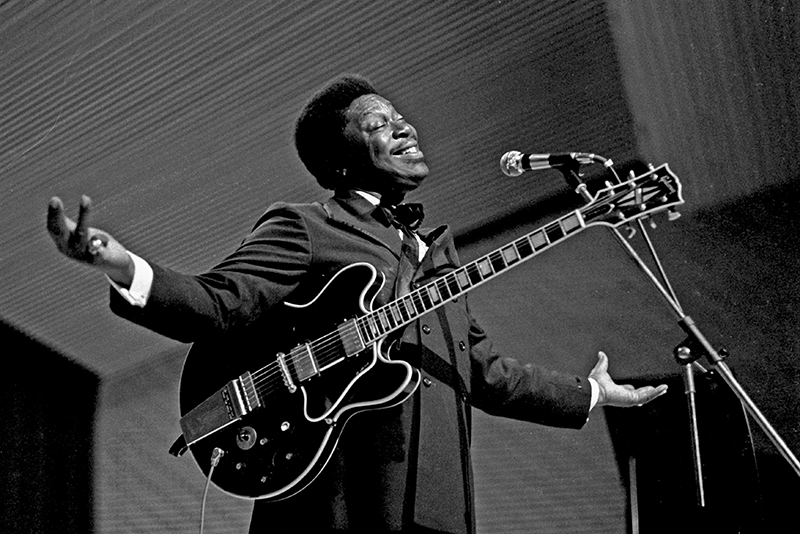 The Afternoon’s Jazz and Blues Agenda

Guitars and vocals from SE Cornwall.

Pupil and tutor with acoustic guitars.

Simply blues at its best.

The Grand Auction will take place at Jazz Cafe at Rafter Bar, The Centre on May 17th at 2.45pm on behalf of FLEET the Rapid Response Emergency Service equipment provider.

Norman Trebilcock MBE, Olympic flame carrier and recently retired chief organiser of FLEET and fresh from his recent success at the London Marathon will attend and say a few words of encouragement to dig deep!

Our guest auctioneer will be Her Worship Clr Mrs Pam Jarrett Mayor of Lostwithiel.

Sealed bids now being taken……just detail the item(s) and your bid in a sealed envelope with your contact details and drop it into Reception at the Centre, we will then ensure it will be included into the auction on your behalf. 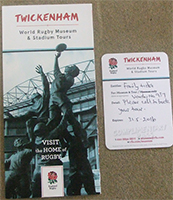 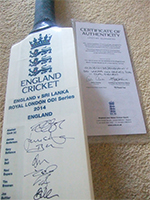 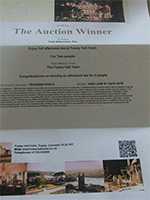 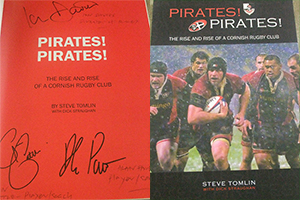 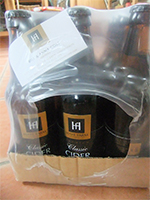 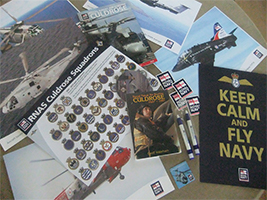